By 2030, the region will have 830 kilometers (515 miles) of expressways, including new and upgraded routes, and 4,000 kilometers of national highways, according to the Master Plan for Mekong Delta Development in the 2021-2030 period approved by Prime Minister Pham Minh Chinh on Friday.

According to the plan, the Mekong Delta will become “a sustainable, dynamic and highly efficient agricultural economic center of the country, region and world.”

Along with highway construction, the delta will have four airports, 13 seaports, 11 passenger ports and 13 inland waterway cargo port clusters to boost both regional and international connectivity.

All new infrastructure projects will be built in response to climate change demands.

Three ecological sub-regions will be formed in the delta.

The freshwater eco-region in the upstream and central part of the region will be key to the production of rice, freshwater aquatic products, and fruits.

Coastal saline – brackish ecological zones will develop saltwater and brackish water aquaculture on shore and in the sea, fishing, mangrove restoration, as well as ecotourism.

The plan aims to make the region an international brand for agricultural-rural tourism and eco-tourism, with Can Tho City and Phu Quoc Island set to become two international tourist centers in the region.

The Mekong Delta, which spans over 3.9 million hectares, is Vietnam’s rice basket that contributes over 17 percent of the GDP, 54 percent of rice, 70 percent of fishery products and 60 percent of fruits in the country. 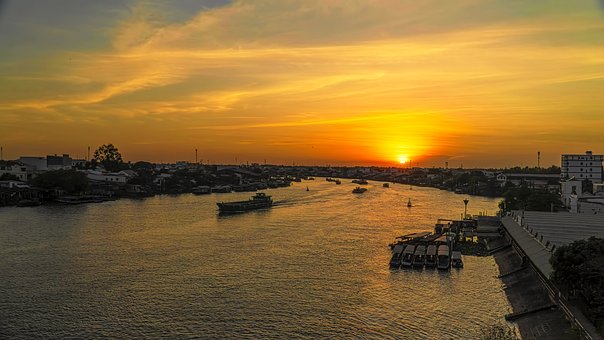 It is also home to around 20 million people.

Under the master plan, the average economic growth rate is targeted for the delta at 6.5 percent per year until 2030.

The gross regional domestic product (GRDP) in 2030 is set to rise 2-2.5 times against 2021, with the proportion of agriculture, forestry and fisheries accounting for 20 percent of the GRDP, industry – construction 32 percent, services 46 percent.

Three strategic products of the region will be fisheries, fruits, and rice, of which the proportion of rice will gradually decrease.

The master plan also states that by 2030, the delta will not develop additional coal-fired power plants aside from those that have already been implemented, which are Duyen Hai No. 2 in Tra Vinh Province, Long Phu No. 1 in Soc Trang Province, and Song Hau No. 2 in Hau Giang Province.

More wind power and solar power projects will be in the making across the delta in future.